We hardly ever use a boat for training sessions; but when we do, our boat men join in the party.

Erwan working on his constant weight no fins (CNF) technique. This depth discipline is considered to be the most challenging because the freediver performs the dive without pulling on the rope, without fins, and without variable weight to help with the descent.

Exploring the waters around surrounding islets in search of more places to play in. ‪#‎Romblon‬ ‪#‎Freediving‬ 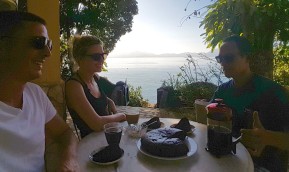 Coffee and all things sugary – some of the things freedivers do without for the love of the sport. But it’s Sunday and we’re going wild. ‪#‎DumagatFreediveSunday‬ ‪#‎FreediversGoneWild‬ 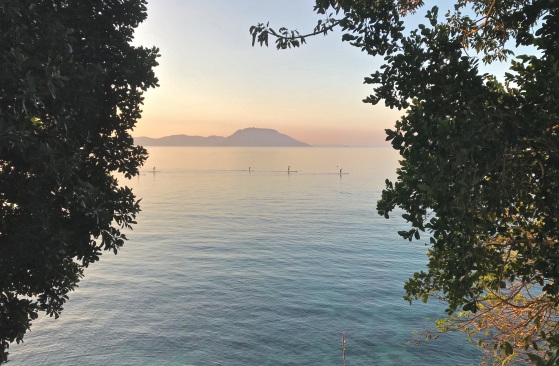 And just like that, freediving season is here. Have a great weekend everyone!

When the sea is as glassy as it’s been lately, you learn to walk just under the surface. ‪#‎Romblon‬ ‪#‎Freediving‬ ‪#‎Philippines‬ ‪#‎DumagatFreedive‬

A panoramic view of our water entry point. How do you enter the water?

First morning of the 7-day freediving training stage in beautiful and charming Romblon. Sylvain wakes up the team with light breathing and stretching exercises.

When it’s glassy… with Dominique & Sander.

Proper breathe-up before every dive relaxes the body and the mind making each dive easier, safer and more enjoyable. This fundamental relaxation skill is just as important on shallow dives as it is on much deeper dives like this one. ‪#‎freediving‬ ‪#‎philippines‬

When it’s so glassy that there isn’t a ripple on the surface, you can look up from under and see the clouds. 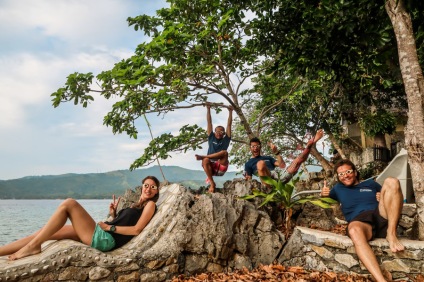 When a spadefish hijacks your training line and shows you how it’s done.

The party the night before continues underwater.

We don’t like classrooms so we decided to visit another island to do the freediving final exam. Here’s Janis completing the exam at Tuburan Community, perhaps the coolest and most chill place in the province. Congratulations, Janis! Welcome to freediving! And big thanks to Tuburan for welcoming and hosting us.

Dominique while training in 30°C water temperature and 30m visibility. 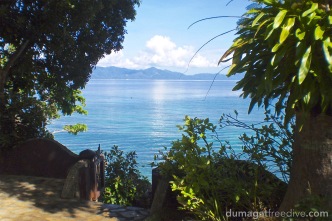 Good morning, everyone! Have an epic weekend! 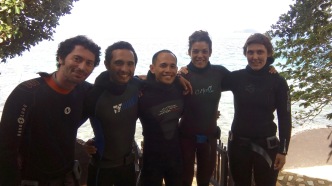 Niels working on his form and technique during his #SSI Level 1 course. 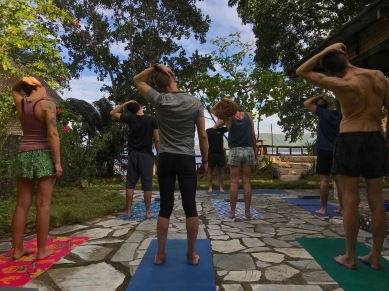 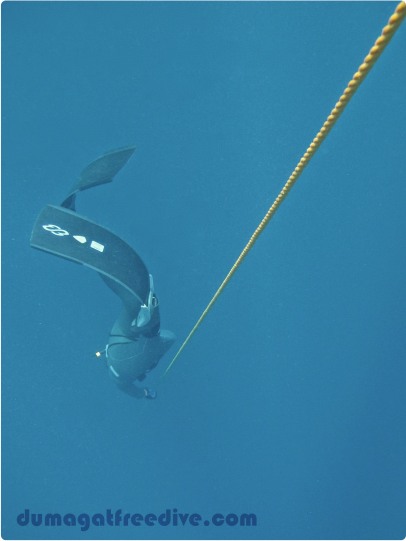 Sometimes I just don’t know how to deal with these kids. #igiveup 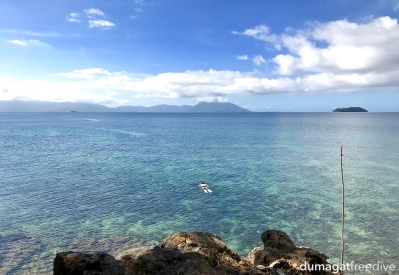 Team smiley :) Thanks for the photo, Denen!

We may be a bunch of lazy freedivers here, but Kyla is still so ready to take on the freediving instructor course. New personal best of 44 meters with many more training days to go. Way to go Kyla! 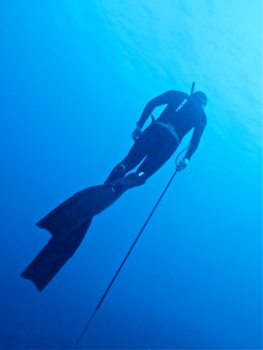 And with a bit persistence, you learn to run it eventually. 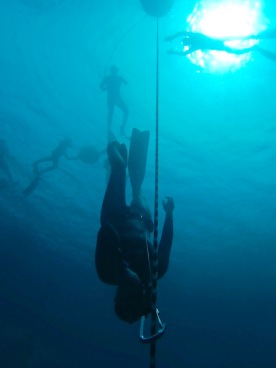 How to be a real badass at 55 years old.

Well done on an easy and clean morning dive to 57 meters, Mikhail.

Naomi Gittoes’ beautiful artwork made it to the island of Romblon in the Philippines!

And so we begin the season with smiles and epic water conditions.

The newest member of the Dumagat Freedive team. Mostly he’s been busy murdering anything that moves and considerably smaller than him, but in time we’re hoping that he’d learn to do other things.

Kyla cruising over a bed of corals. 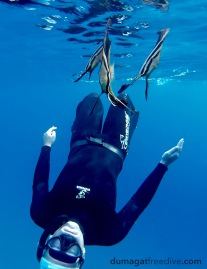 These three guys were being too friendly so we abandoned our training line and just played with them for a while. ‪#‎Romblon‬ ‪#‎Freediving‬ ‪#‎Philippines‬ ‪#‎DumagatFreedive‬

Probably the closest thing to being in space.

Sometimes a lone fish, a passing turtle, a school of sardines, or a pack of very curious squids, we freedive for moments like this.

Benjamin of team Omniblue Freedive looking epic on a dive with skandalopetra. Skandalopetra diving is a breath-hold dive aided by a stone tied to a rope. It dates back from ancient Greece and was used by sponge fishermen. Photo by Sylvain Bes.

Niels checking out the reef just below during ascent. 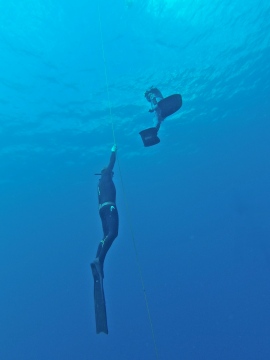 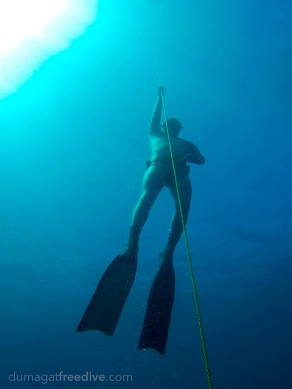 Cris on ascent during a short session where he managed to set a new personal best. ‪#‎Philippines‬ ‪#‎Freediving‬

David working on his form during an SSI level 1 course.

Mirror, mirror… who’s the silliest freediver of them all? 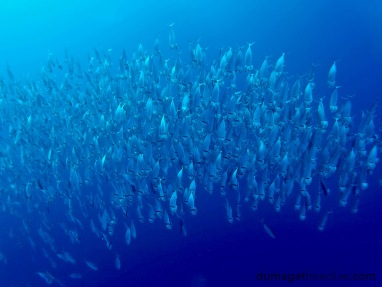 It’s a jungle down here!

Dominique working on her freefall into Romblon’s deep blue.

When mother nature decides it’s not a day for depth training, working on improving your breath hold is always an option in our natural static pool. Holding your breath underwater should never be attempted without proper training and supervision. 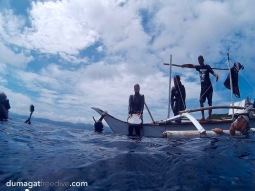 Reliving the ancient times of skandalopetra diving with team Omniblue Freedive. Skandalopetra diving is a breath-hold dive aided by a stone tied to a rope. It dates back from ancient Greece and was used by sponge fishermen. ‪#‎Freediving‬ ‪#‎Romblon‬ ‪#‎Philippines‬

So we recently just learned about this hipster thing, collective global art project, another silly internet craze, or whatever you want to call it, here we are snail planking it. ‪#‎Romblon‬ ‪#‎SnailPlanking‬

Play more. Have an epic weekend, everyone! 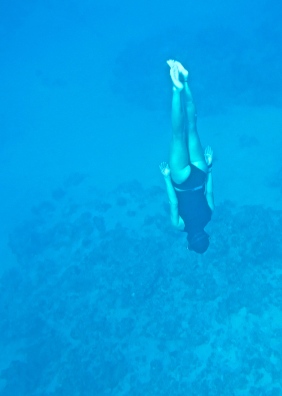 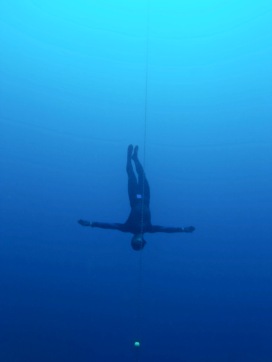 Sof feeling completely free after completing all the requirements for the #SSI Level 3 course. 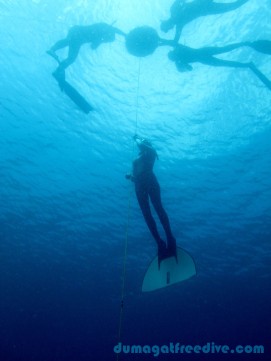 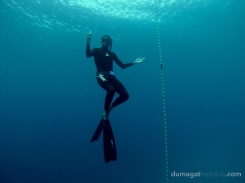 Too late for the Aquaman lead role audition. ‪ 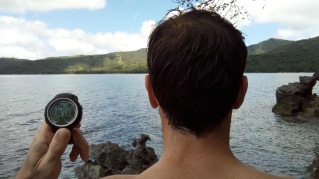 During warm-up, Sylvain Bes of Omniblue Freedive hung at 10 meters for 5 minutes on a single breath.

Part One: The Swim.

This kid wanted to play a little farther from shore on his birthday so we did. Not only did he do a fun variable weight dive to 65 meters, he also managed to do an easy free immersion to 62 meters. Happy Birthday, old man! Beers on you!

Island style freediver with wooden goggles and bamboo noseclip vs. the modern style freediver. I think it’s pretty obvious who has better style, no? ‪#‎Freediving‬ ‪#‎Philippines‬

With scrap plywood fins and wooden goggles, our boatman shows us how it’s done.

Gen and Niels during an easy training session. Thanks for sharing the photos, guys!

These curious squids have become our regular spectators.

Kyla making small adjustments with her fins as she freefalls into Romblon’s deep blue.

Hanging at a relatively shallow depth is one of the usual warm-up routines freedivers use at the beginning of a freediving session. Hanging helps trigger the mammalian diving reflex which helps the body adapt to each dive. And, if you’re lucky like on this session, you might find yourself amused by a turtle that’s even more amused by you. Maybe next time we’ll get the turtle in the shot too. 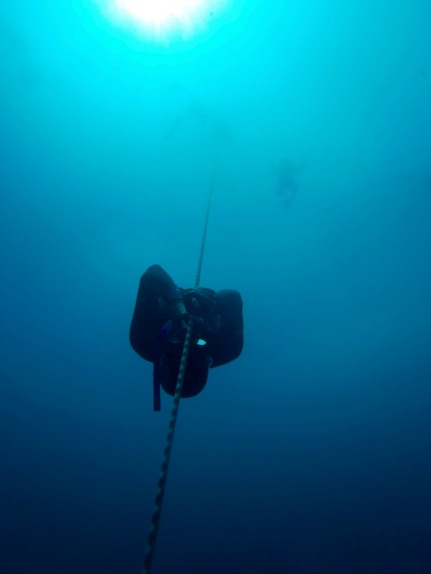 Basking in good atmosphere during our return trip from a full day of epic freediving adventure around nearby islands. ‪#‎Romblon‬ ‪#‎Adventure‬

Two things we have plenty of: fresh air and clean water.

Our team’s fresh, healthy and simple breakfast of porridge with mangoes, bananas and raisins in a fresh young coconut bowl.

And we’re back on the island!

It is said that dairy products and alcohol increase mucous production which may make equalization difficult, but we say consumption of both to celebrate a perfect dive is certainly good for you. Congratulations on a new personal best of 50 meters (164 feet) on a single breath, Kyla. And thanks, Sylvain of Omniblue Freedive, for the celebratory wine and cheese. 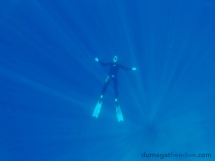 Water conditions straight out of a sci-fi movie.

Natural born freedivers. It’s the only way I can describe these two. 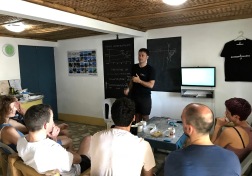 Sylvain Bes of OmniBlue Freedive talks about technique during a training camp at Dumagat Freedive.

Breathing and relaxation exercise with Michal & Karl. Both held their breaths for nearly 4 and a half impressive minutes! Not bad at all for first timers! 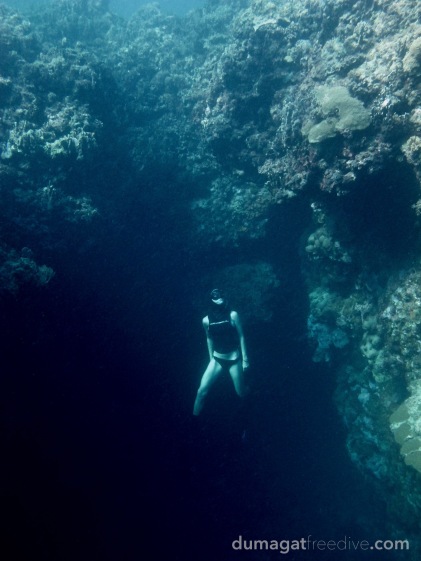 Checking out some of the cool local underwater features. 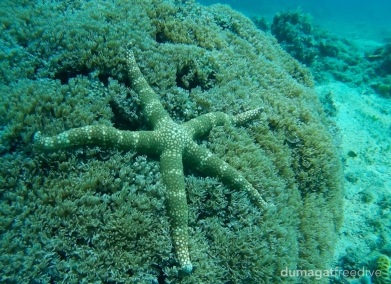 Just hanging out on a lazy day.

A properly executed duck dive allows you to dive down without much effort. 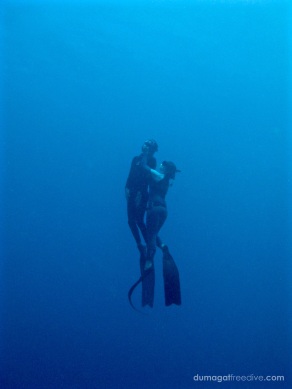 Sunset panoramic shot of the bay.

Told them there was a bottle of beer at the bottom. Of course, Louis bolted down the fastest. Romblon misses you already, Louis. See you next year.